As we approach the end of 2017, many businesses are starting or even wrapping up their budgets and plans for 2018. Key components of that process include evaluating the business performance and economic indicators of the past year, forming hypotheses and projections for the coming year and formulating plans to guide the business decisions moving forward.

Throughout the year I have heard much optimism and reports of increased activity from our clients and other business owners reflecting an economy and business activity that have been on the upswing over that of 2016. We have had that same experience in our own business. Enclosed are a series of economic indicators providing the underlying data that has driven that optimism and that can help with reflecting on 2017 and informing plans for 2018.

The 2017 second quarter figures for taxable sales in Williams County were just under $364.5 million. This is a dramatic 71% decrease from the peak of nearly $1.28 billion in the fourth quarter, a drop of over $900 million in taxable sales. However, it is a nearly 30% increase over the $280 million bottom from the first quarter of 2016.

It was well understood that the pace of economic activity during the Bakken Boom was unsustainable and the inevitable correction has led to what is commonly referred to as the “new normal.” We appear to have moved through a bottom and entered into moderate range of economic activity and a more measured rate of growth. 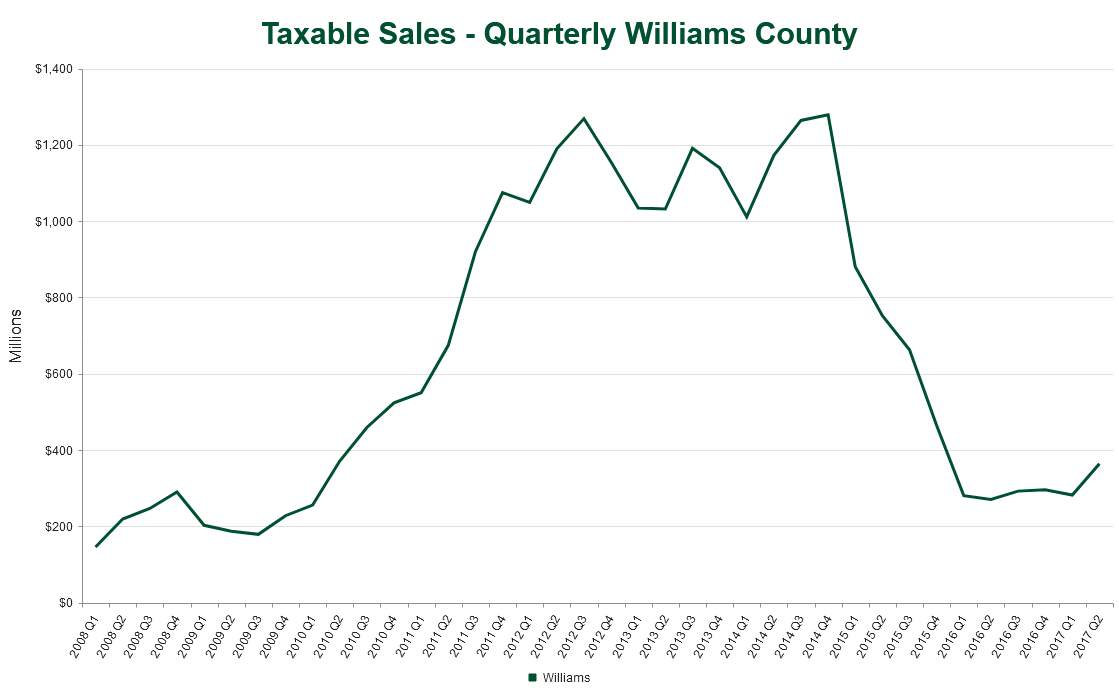 Establishments are the number of companies that report wages and employment information to the state. This would not include sole proprietors or companies that do not draw a wage. The number of establishments in Williams County peaked in the first quarter of 2015 at 2,420 and was 2,107 in the first quarter of 2017. That is a loss of 313 reporting employers in the past two years. 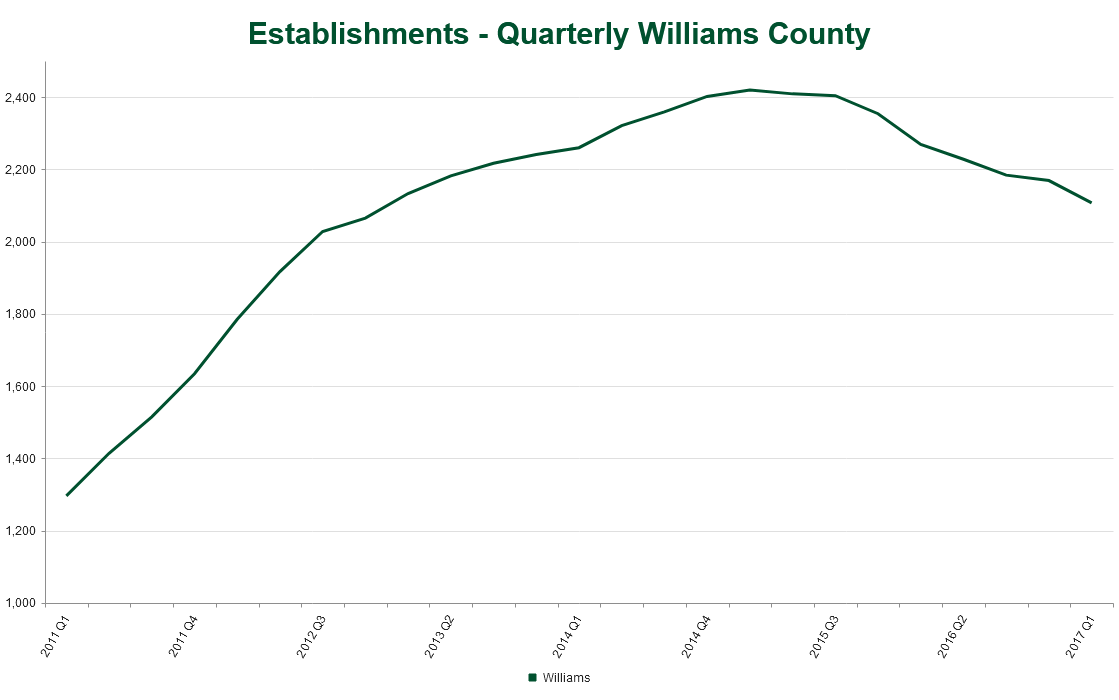 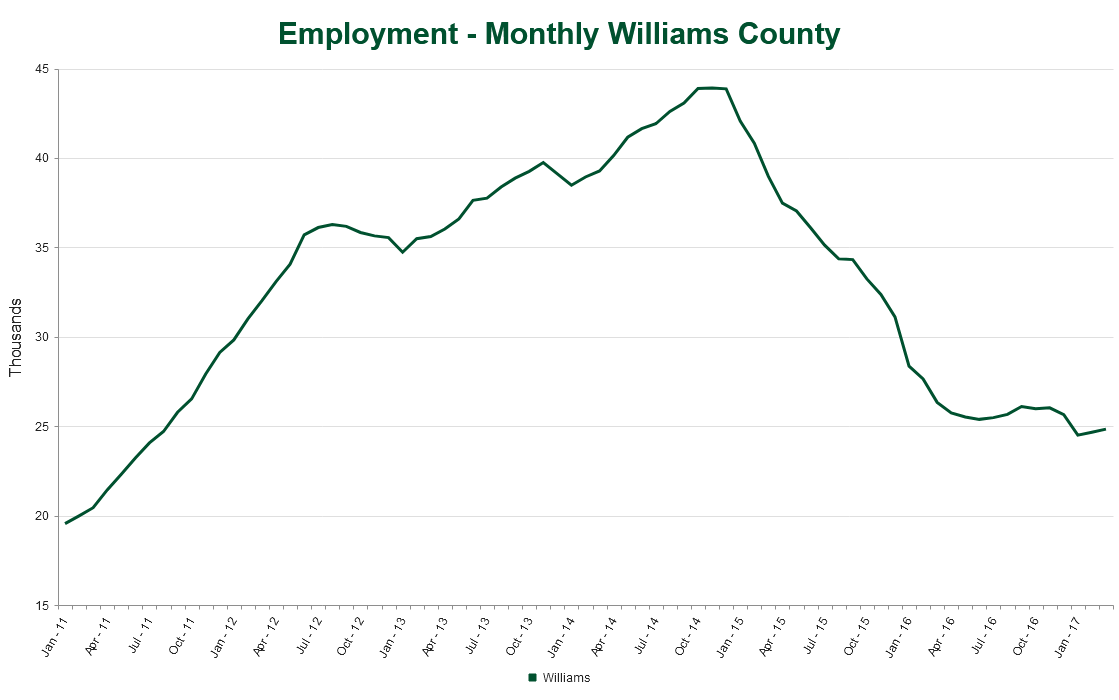 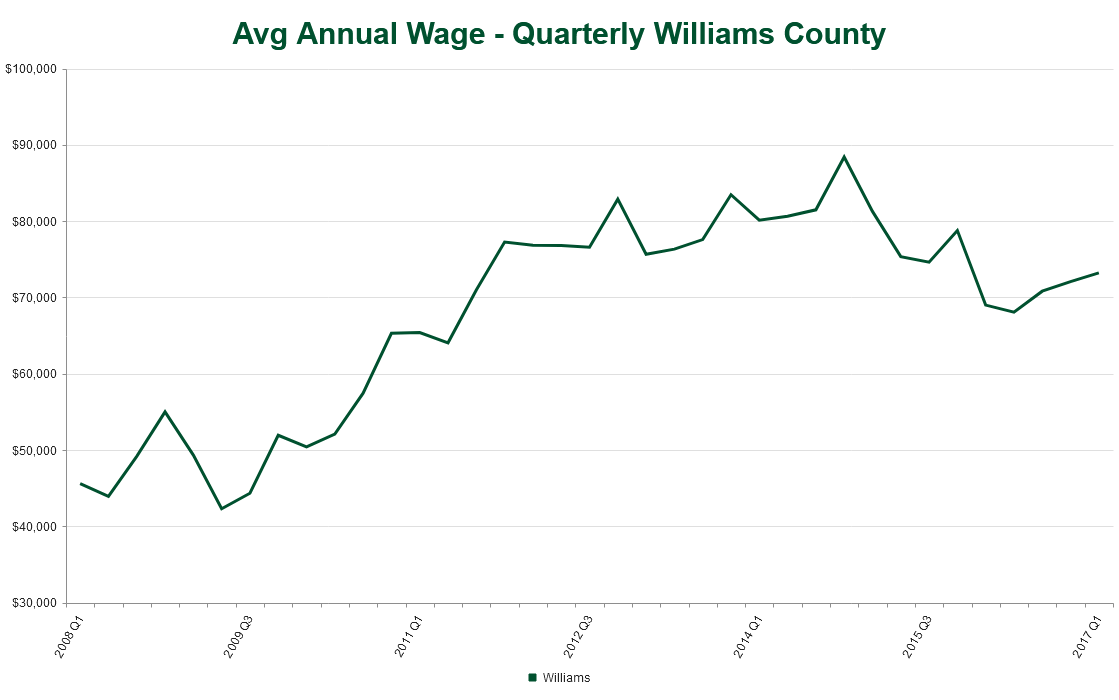 It doesn’t take a Harvard-educated economist to understand how the energy industry drives the economy in western North Dakota and the entire state. Furthermore, it is obvious the role of crude oil commodity prices on that activity.

The price of West Texas Intermediate (WTI) dropped from a high around $108/bbl in June of 2014 to trade in the range of $40 to $50/bbl throughout 2015 as OPEC flooded the market with oil in response to shale oil development. The price collapsed further beginning in November of 2015 as OPEC held to its strategy and the Iran Nuclear deal with the Obama administration allowed Iran to bring an additional 4 million bbl/day onto the market. The price hit $26.19 in February 2016.

Since then, OPEC changed its policy and committed to reducing world supply. The price of WTI has fluctuated in the $40 range over the last twenty months with periods trading in the lower $50’s including as the last six weeks. 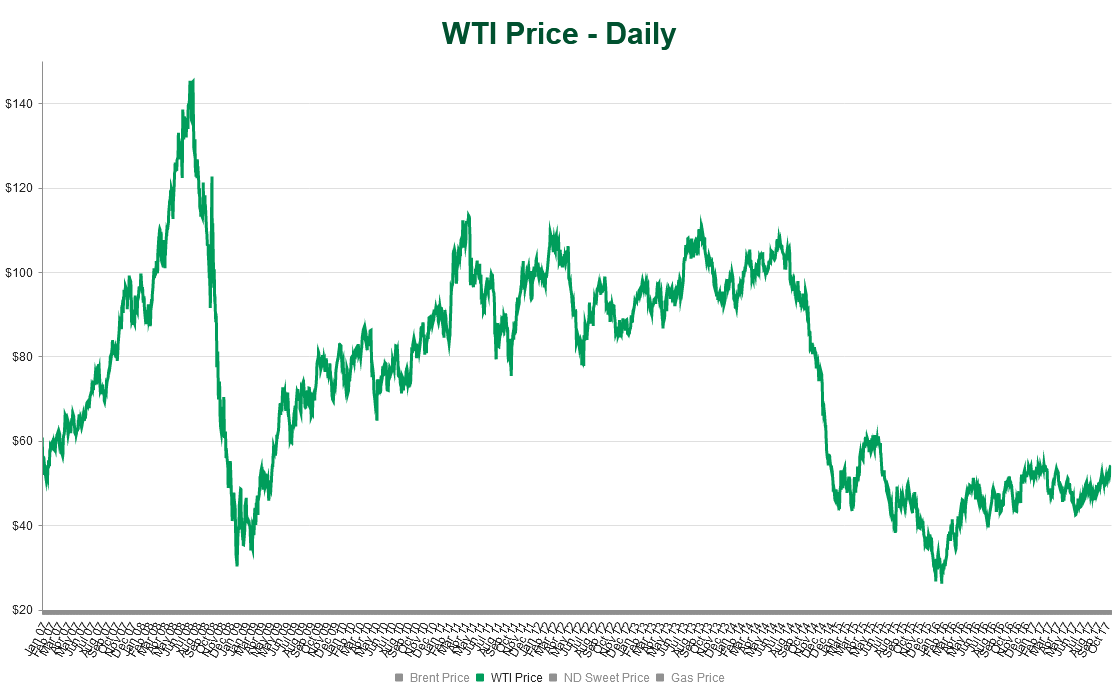 Average daily oil production peaked in December 2014 at 1.2 million barrels of oil per day (bopd) and began declining in response to declining oil prices. The decline bottomed out in December 2016 at 942 thousand bopd and has risen to remain over 1 million bopd since February 2017. 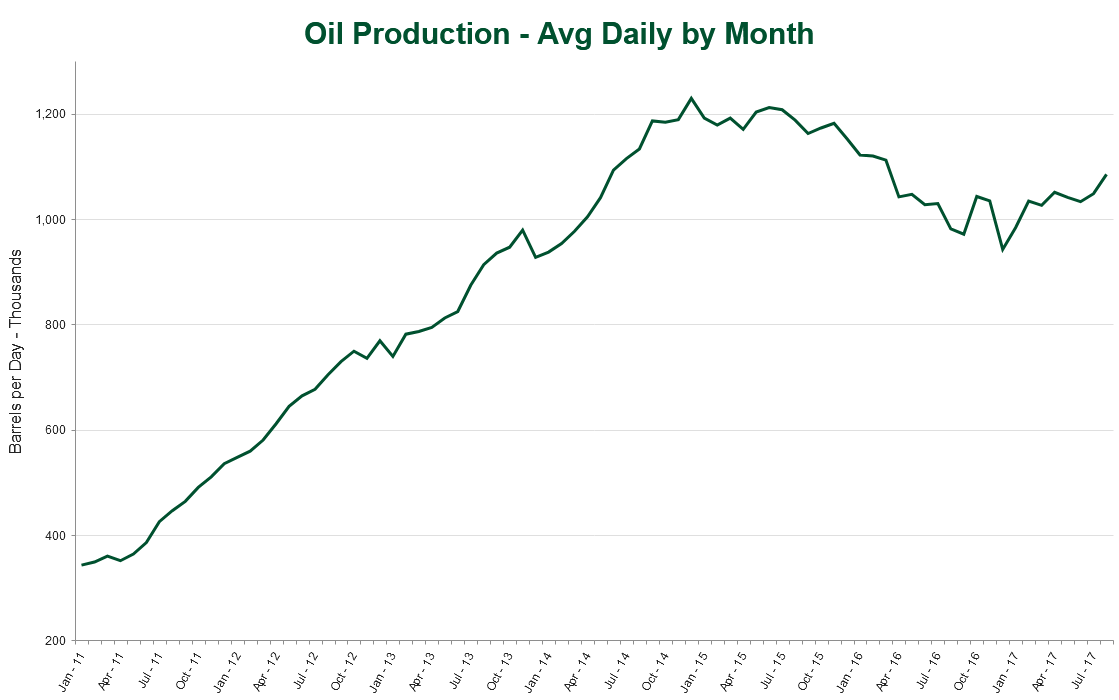 Many of these data points are lagging indicators that provide a fairly comprehensive picture of economic activity in Williston and Williams County over the past decade. They provide a reference for using WTI price as a lead indicator to project current market conditions and the near term outlook as you make plans for your business.

Back to Blog   Top

What is Business Bitz?